Thanks for everyone who took their time to shoot with us. Everything went way smoother as expected, we hat a lot of fun and enjoyed our time together.

For all which are interested in our auctions. We of course have again another one. You can bid on Bettys Snow White dress and her shoes from the video.

Summary of Snow white and the seven dung dwarfs

Our beautiful Betty is playing Snow White and our 7 men of course the dwarfs. The Queen wants to know who’s the filthiest out there. So she sends her Maid to bring Snow White to the filthiest place she knows. The 50 minutes long video includes a lot of different scenes. Here’s a small summary of it, you can read the product description for more details and of course watch the trailer to get an idea on what went down. 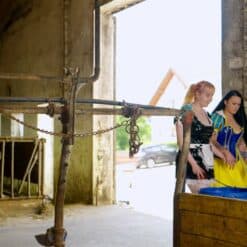 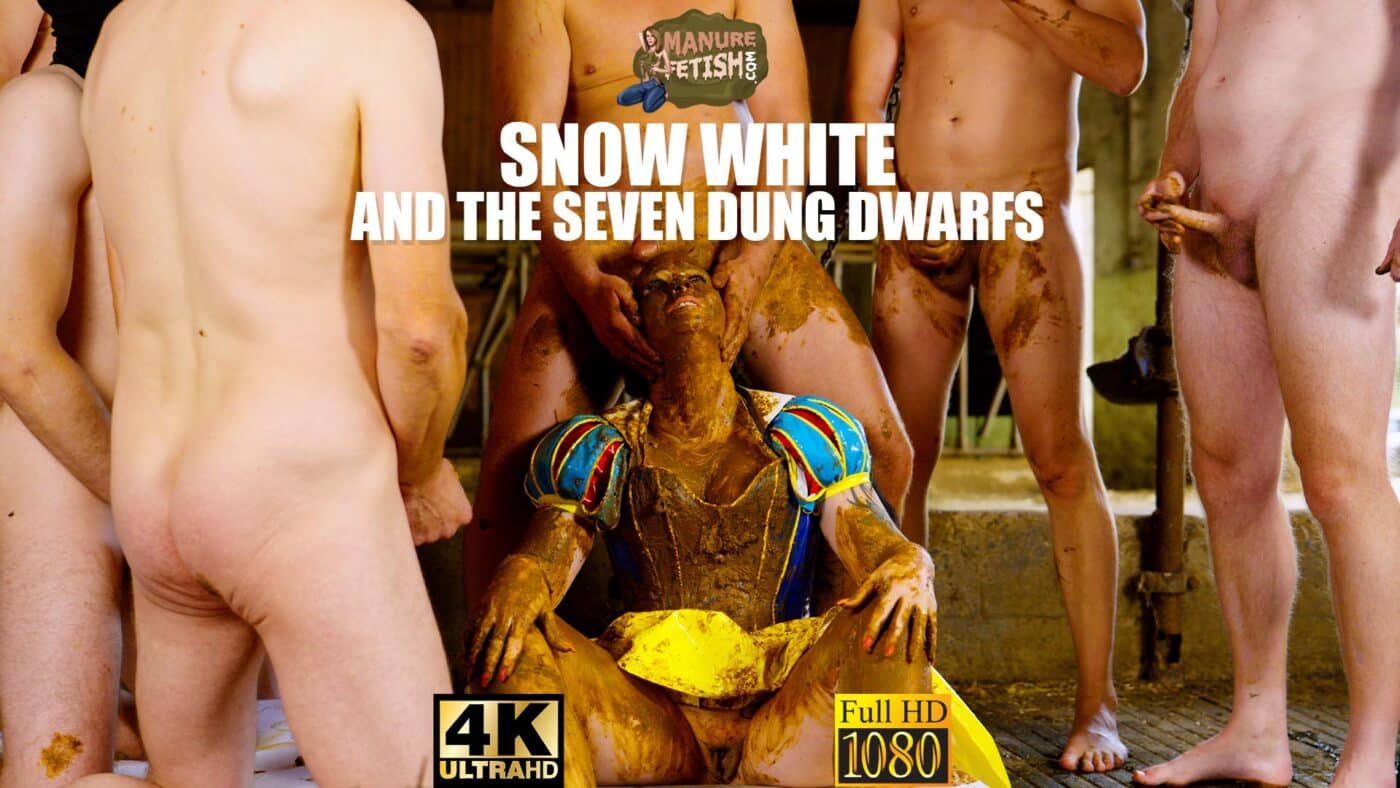 GET THE VIDEO HERE!

Mirror mirror on the wall who is the filthiest of them all, asked the queen to the mirror. The mirror replied, snow white. So the queen sent her maid to bring snow white to the filthiest place she knows to test her, if the rumors are true.

The maid arrives with snow white at the cowshed. She passes on the apple she received from the queen. By eating the apple snow white chooses her fate. The first of seven dwarfs arrives to relieve himself on her. One after the other until all have relieved themselves on snow white’s face.

One of the dwarfs goes back to snow white and begins to smear everything around her face and body and even gives her a brown kiss. The maid comes back to spur all remaining six dwarfs on to continue their work.

Snow white starts to suck multiple cocks, while getting peed on from the other ones. After some time they help her to climb into the manure channel, where she covers herself with the creamy brown cow dung. The dwarfs sit down around the edge and she begins to start each of the dwarfs’ cocks one by one.

After she sucked all the cocks, she gets submerged in the manure. After she resurfaces her dress is taken off and she gets more and more covered in cow dung, while she sucks their cocks.

The work of the dwarfs is done, they all walk out, while Snow white remains there in her filth, to have a little bit more fun on her own.

Here’s a list of what items are on auction and what time they end. They will all end on the 31st July at 19:00 (MEST)

check the auction out